“How much do you have to earn to afford rent and utilities on a modest apartment?”

The answers are provided on a national, and a state-by-state basis, by the National Low Income Housing Coalition’s 2019 “Out of Reach” report, which highlights the mismatch between the wages people earn and the price of decent rental housing in every state, metropolitan area, and county in the U.S.

Nevada’s rankings place it as the 25th highest housing wage in the country. Our state’s fair market rent is $980 per month. While its housing wage of $18.85 per hour is below the national average of $22.96 per hour, that number leaves a considerable of Nevadans behind.

Nationally, 1 in 4 renter households, or 11 million households, have extremely low incomes and cannot afford rent. The struggle to find affordable housing is most acute among our most vulnerable and lowest-income populations.

A minimum-wage employee would need to work 91 hours per week to afford a modest two-bedroom rental home at fair market rent – 2.3 full-time jobs. With nearly 45% of Nevada (and 47% of Clark County) comprised of renter households, this gap leaves behind thousands of hardworking Nevada individuals and families. Contrary to some beliefs, only 21% minimum-wage earners are teenagers; in fact, nearly 30% are in their prime wage-earning years (between 35 and 64 years of age) and 43% are full-time workers, according to the Bureau of Labor Statistics.

The report also highlights wage discrepancies between affordable rental homes and top-growing occupations in the U.S. Currently, seven of the ten occupations with the most projected growth fall beneath the average housing wage. These occupations include medical assistants, laborers, home health aides, and personal care aides. These job roles will become more in-demand as the U.S. faces a growing aging population in the next few decades. In Nevada and especially in Las Vegas, which has long been considered a retirement destination, these jobs are predicted to considerably increase as demand surges.

So, what can be done? An increased and sustained commitment by many to make affordable housing a central issue in our federal government is paramount. Increasing support for programs that support low-income individuals and families, such as the National Housing Trust Fund and expanding the Low-Income Housing Tax Credit program, can help bolster the supply of housing available to our communities. You can also encourage your state and local policymakers to make affordable housing a priority in their jurisdiction.

For more information on the Out of Reach report, please visit https://reports.nlihc.org/oor.

Data and graphs courtesy of the National Low-Income Housing Coalition, 2019. 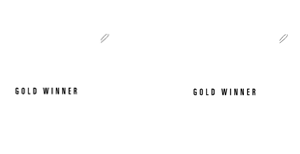